We hit up some of the top casting producers for their all-time bugbears when it comes to locking in fresh talent for reality television.

Here are ten things NOT to do when auditioning for reality TV.

It’s uncanny – and possibly a little disturbing – how many people have friends that think they’re nut jobs. While this is an entirely unoriginal line, it’s also not overly helpful. Casting producers are less interested in what you believe other people think of you and more interested in what they’re finding out about you. Instead, just tell them how you feel, what makes you light up, and what you can’t stand. They’ll get a much more solid insight into who you are.

Most reality auditions start with an online application, proceed to a phone interview, and then move onto the first round of face-to-face meetings. Much like a job interview, you may be asked questions that you aren’t prepared for. If you don’t have an answer, don’t fake it. Or worse – don’t make up what you think the producer wants to hear. It’s perfectly OK to say you don’t know, or haven’t considered something before than it is to say something that isn’t a true reflection of yourself and potentially regret it later.

3. Don’t try to produce yourself

Audiences are getting increasingly savvier and while we can all pick a contrived storyline and manufactured “character” a mile away, producers don’t need help “constructing” anything. (In fact, they don’t WANT to construct anything!) They prefer to work with raw talent, just as it comes. Saying, “I know this is good TV” or “I know this is what you’re looking for” shows you are over-thinking the production side of television and are keenly aware of the workings of a show. That will put producers on alert – they want you to simply be yourself and be part of the adventure.

4. Don’t waste so much time on the audition video that you don’t audition at all

It’s incredible how many people don’t bother applying or start an application and abandon it because they think they need to produce an Academy Award-winning video. (This could actually be the all-time frustration of a casting producer.) Do not let this stop you from applying! The purpose of a video is simply so the casting team can see you in action. They’re looking for subtlety and nuance that photos and words can’t deliver. When can you not suppress a smile? What makes you frown? How do you light up when you’re talking about things you love? Whack the video into selfie mode, hit record, and don’t overthink it.

While on the subject of authenticity, concealing the truth is also incredibly disappointing and challenging for casting producers. You may not be aware of what the deal-breakers are for a show, so don’t hold back when it comes to answering questions asked. Be honest. There are many rigorous checks throughout the casting process – from police and health checks to psychiatric consultations and social media scans. Whatever you’re trying to hide will inevitably be uncovered and it’s way easier to not waste time. Get on the front foot right from the outset.

6. Don’t filter the life out of your photos

Catfishing a casting producer is a sure-fire way to put a screeching halt on your application process. If you upload a bunch of face-tuned, heavily filtered photos, the team will be expecting one thing, and when you turn up for a face-to-face meeting, they’ll meet an entirely different person. Overly filtered photos are generally a red flag that someone is concealing something anyway – so just be yourself.

7. Don’t try to be like the last break-out star

Everyone might have watched the last season of the show you’re auditioning for because of that one fantastic, unforgettable person. Here’s the thing – you can’t recreate that exact person again. Everyone is unique – and one person’s ‘secret sauce’ is not the same as someone else’s ‘star factor’. Trying to be exactly like the last star to emerge will get you nowhere – plus, the audience doesn’t want to watch Star 2.0 Lite anyway. Back yourself for the unique individual you are, and create your own spotlight!

The reality TV audition process often goes for months and months. Constantly saying or referring to the latest zeitgeist expression or words will inevitably get very old, very fast. Plus, it tends to show you are a bit like tofu – taking on the flavour of whatever is around you instead of having a taste all your own.

9. Don’t try to make yourself into a brand

Fact: Your chances of being cast drop every time you chant your self-made catchphrase, wear a tee you printed yourself, or refer to the nickname you created. The reality is, producers are not making a TV show to generate publicity for you or your brand. Showing you have an agenda that isn’t aligned with their goals will see your “brand” missing the opportunity altogether.

10. Don’t push too hard for your moment

Every casting producer has someone they have been saving for just the right time. What people don’t realise is that you may have been passed up for a show not because you’re not great… but because you’re TOO great. Producers won’t “waste” a star if it’s not their time to shine. Sometimes, someone is perfect for the show, but just not the right fit in a cast. Every producer has an ace in their pocket at any given time, just waiting to play them. (Many, many reality stars will confirm this fact – with some of the most beloved winners and stars admitting they tried out for years before getting their break!) Stay positive, trust in the process, and believe that in TV, timing is everything.

What else should prospective applicants know? Share your ideas in the comments below. 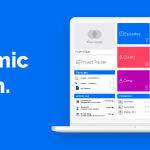 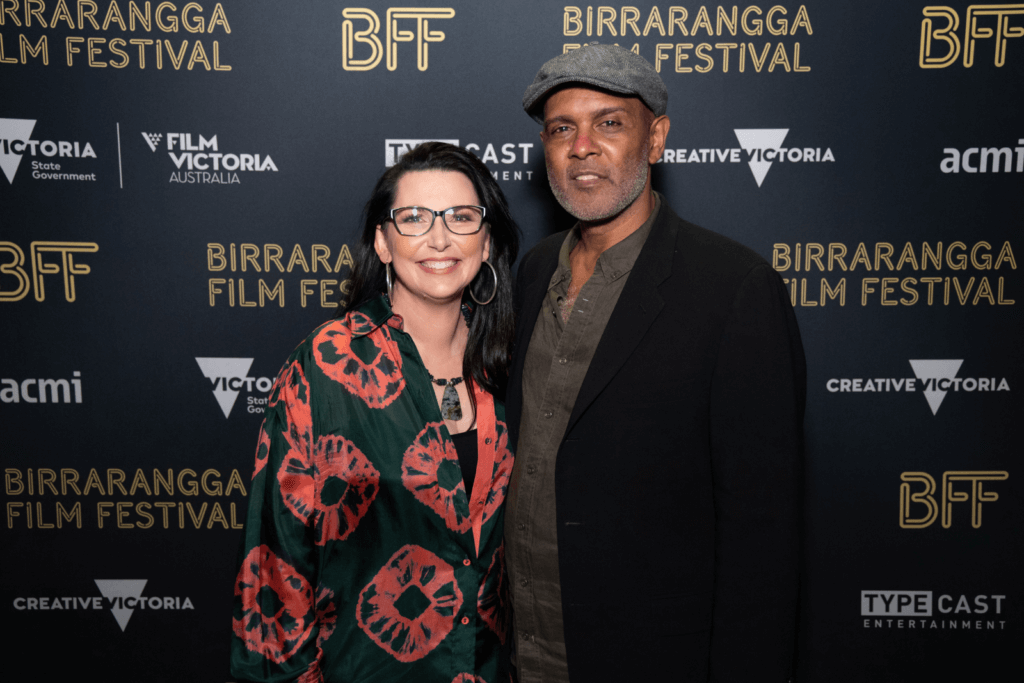 Customer spotlight: Typecast Entertainment is a collaborative Film, Television and Events Production house with Lumi on board. We interviewed founders Tony Briggs and Damienne Pradier to find out what drives them, advocating for voices of the unheard and how technology supports the work they do. 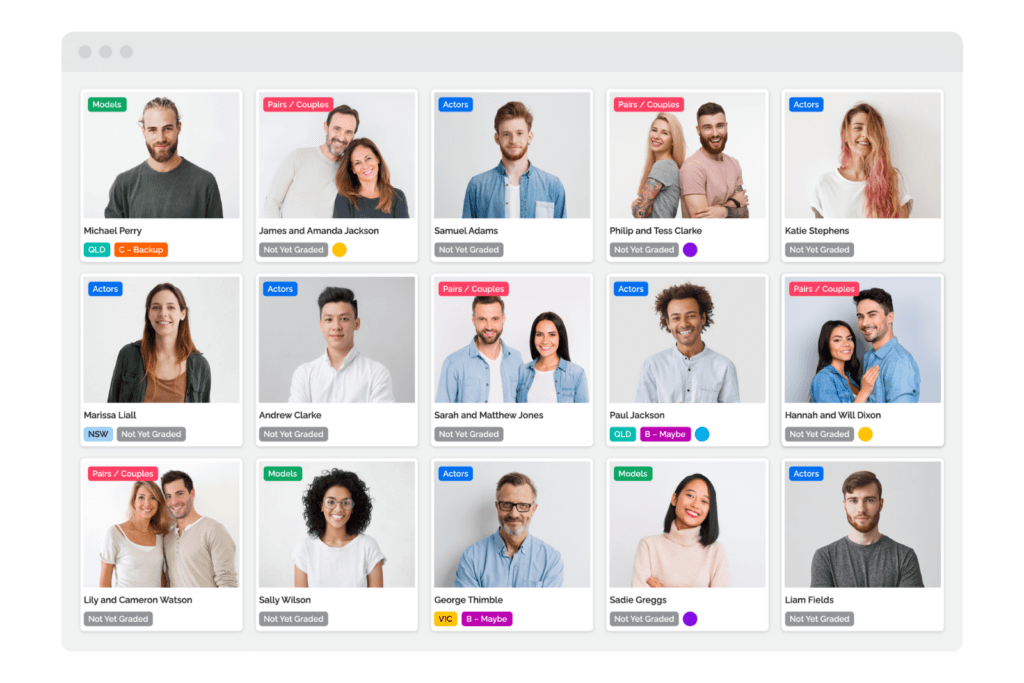 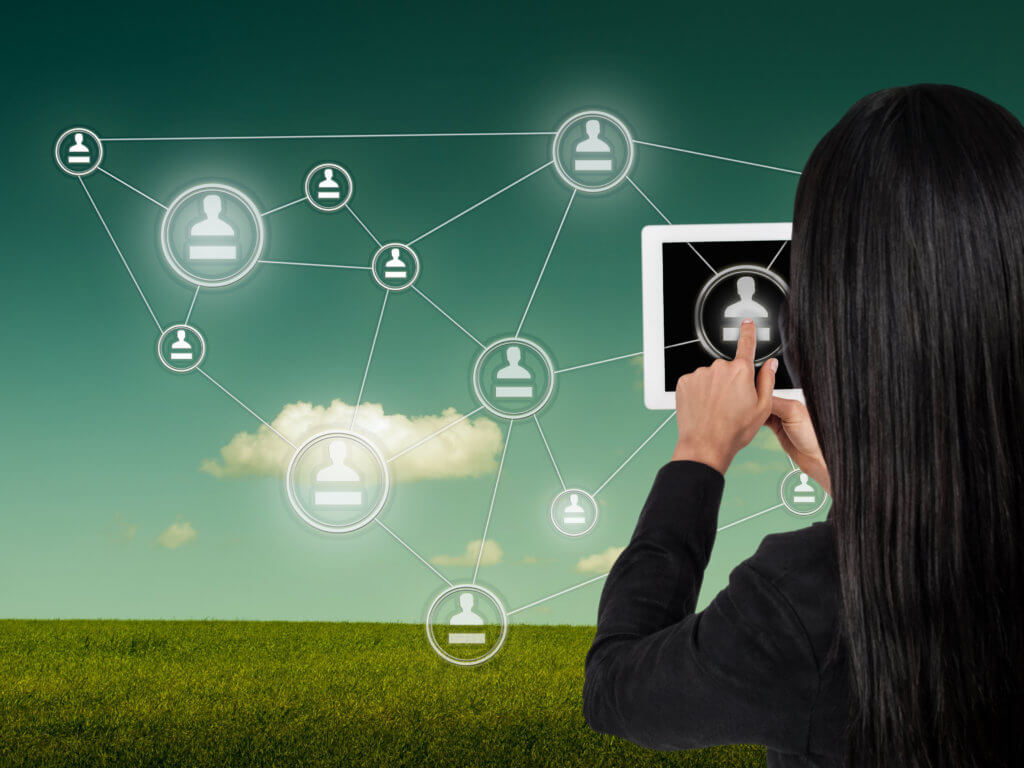 Storing your organisation’s IP in the heads of a couple of overworked people is a bit like keeping your savings under the bed. It’s easily lost…not growing with interest. And it’s not leveraged by other members of any fluctuating, freelance team. This is the IP of your organisation. It’s critical. It should be banked.  Easily accessed with one click.  Forever.  That’s centralisation.